Well-known by many and immortalised by fishermen from the North of Scotland as Silver Darlings, Herring have been harvested from the North Atlantic for many decades. In days gone by, herring boats would pack the harbours so much that you could walk from one pier to the other stepping from deck to deck, with no risk of getting your feet wet. Those days were numbered after the Second World War. They earned their own chapter in the history of the herring industry, however, which has inspired James to continue to produce a range of popular herring cures with pride and heritage.

James is proud of his family heritage and links as his Great Grandfather in the 1920’s would follow the herring boats around the coast of Scotland from as far as Orkney to the east coast port of Yarmouth in England, selling and managing their catches. In those days as well as the fishing boats, Scotch fisher lassies would also have to follow “the shoals of herring” to make a simple living but a happy one, some living in huts working as “gutting quines”, rousing the herrings in salt before packing them into wooden barrels for export.

James’ Grandfather Jim, had successfully cured herring in wooden barrels in the early 70’s, exporting to Scandinavia but sadly for Jim, in the late 70s the herring production ceased due to the ban on herring fishing in Scotland at that time.

Thankfully, the situation has now changed and herring are being caught again; from the same waters which formed the lifeblood of Jim’s business many years ago; but are now sustainably managed for the future. Working to this day with traditional process, the recipe, now perfected by the forth generations of the Paterson family will remain a closely guarded secret to pass down to the next generation.

Building on the strengths of the family business, which are indelibly etched on the history of the seafood industry, recent times have seen a further progression for the Paterson clan with the acquisition of the well-respected ‘Orkney Food Company’ brand. Previously known as ‘The Orkney Herring Company’, the business had sadly been placed into administration in 2012, however was revived in 2017 when James and his father, Lewis saw an opportunity and made the noble move to purchase the brand and add it to their business interests.

Today sees the ‘Orkney Food Company’ thriving in the continued production of delicious marinades that delicately flavour the herring but now under the family portfolio, with a variety of additions to the range, all of which are closely guarded Paterson family recipes!

Herring will always remain the mainstay of the company, a tradition in our family for four generations. 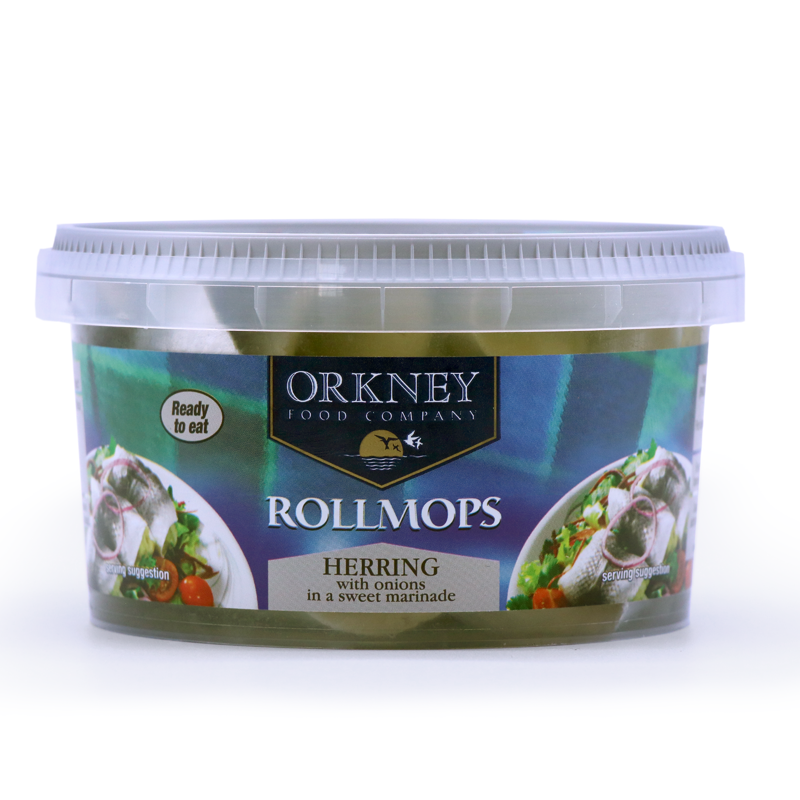 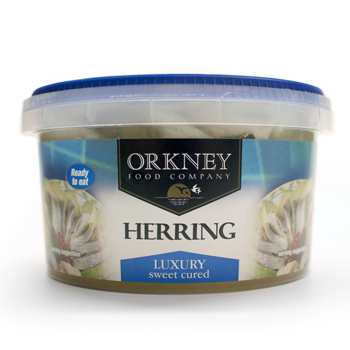 A family favourite, this is a traditional sweet vinegar flavoured with onions, available in both retail and catering pails